While you enjoy your wine, spare a thought for the bottle… 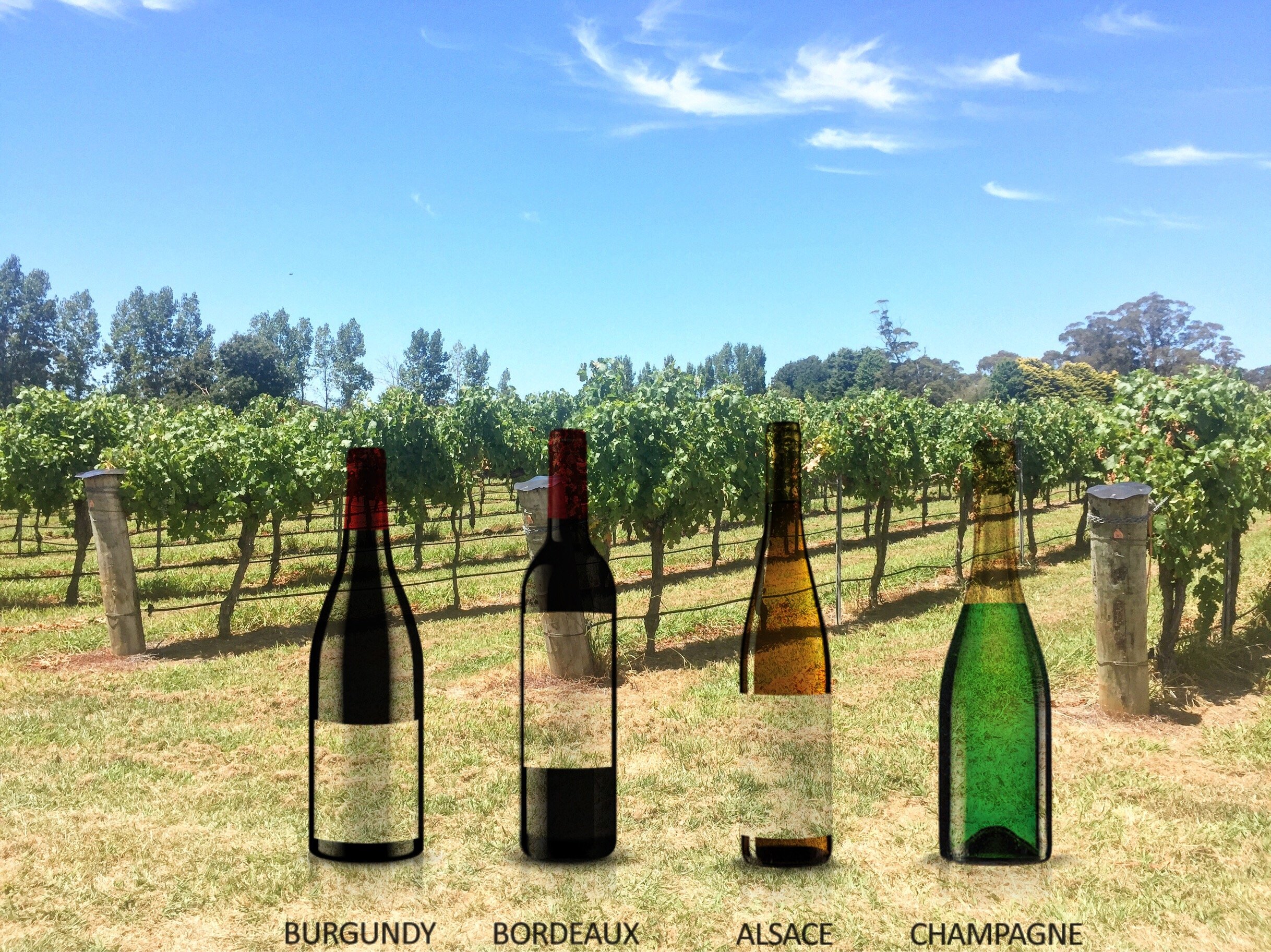 While you enjoy your wine, spare a thought for the bottle…

The next time you are browsing to buy wine, either at a cellar door or your local bottle shop, take a little time to look at the bottles of the different wines. You’ll notice that they have different shapes or profiles; some are taller and narrower, others shorter and wider. They are also made from different coloured glass and if you were to pick them up, they would also be different weights.

All of this factors in when you make a purchase decision, as does the label design and of course if you have a favourite wine. (I hear the, 2018 newly released St Maur Lot 41 Pinot Noir Rose is outstanding, but I’m a little biased!) Much has been written about the look of the bottle influencing decisions nearly as much as the variety of grape or the cost of the wine itself.

But today, we’ll spend a little time exploring the shapes of the bottles themselves. If you looked closely when you were browsing for wine, you would have noticed that the bottle types used vary by the wine varieties they hold.

There are no definitive rules that require a particular variety to be bottled in a specific style of bottle, however, the practice of pairing a wine variety with a bottle of a particular style, size and colour has much to do with history and tradition, dating back to early viniculture practices in Europe.

Interestingly, there was a time when wealthy wine drinkers had their own bottles, sending them to the vintner to bottle wine from barrels. As bottles were mass-produced in the nineteenth century, and glass quality and strength improved, it became popular to bottle wines.

While there are hundreds of different bottle shapes in the market, most winemakers choose one of the bottle styles below.

The Burgundy Bottle or Sloping Shoulder
The most popular bottle style that you will find in the market is the Burgundy bottle. Invented in the 19th century in Burgundy, France, the name follows the bottles created by Burgundy producers.

The winemakers of the region began using this shape to bottle their red and white Burgundy wines. It was thought that the reason behind the bottles curved sides was the ease of making the bottle for the glass makers and nothing to do with the impact of the bottle shape on the wine.  The bottle colour is usually a dead-leaf green or clear colour.

This style of bottle is commonly used for Pinot Noir and red wines with a light, bright, and complex flavour profile, including Nebbiolo, Gamay, Etna Rosso, and even Grenache or Syrah. White varietals such as Chardonnay and most oak-aged white wines also use this style of bottle.

The Bordeaux Bottle or The Claret or High Shoulder
Used for Merlot, Cabernet Sauvignon and white wines made with Sauvignon Blanc grapes, this bottle style was made popular by the vineyards in Bordeaux, where it takes its name. What sets the Bordeaux bottle apart from the Burgundy bottle is its narrower profile and distinctive higher shoulders.

Some winemakers and aficionados believe that the shoulders were created in order to catch the sediment that could often accumulate in an aged wine while the bottle was being decanted. This is still up for debate and there is no definitive confirmation that this is correct, others that believe that the shape and high shoulders were to set the bottle apart from its Burgundian cousin. The bottle colour most often seen is champagne green or clear.

The Alsace or Mosel Bottle
These bottles are more delicate than their Burgundy and Bordeaux counterparts and were originally created for storing dry or sweet wines such as Riesling or Gewurztraminer. The bottle is more slender and without a pronounced shoulder and they are also known as Hock bottles. They come in a variety of colours, most often brown or clear and also green.

Traditionally, wines from Alsace or Mosel were transported on the Rhine River and it was thought the bottles could be more delicate for this smooth voyage. Wines from Burgundy and Bordeaux often found themselves on more turbulent seas, as they were transported to Great Britain, needing a more robust bottle.

At the bottom of the bottle is what is known as a punt – a divot that goes back into the bottle. The origins of the punt are thought to go back to when glass bottles were blown by hand, and the punt would let the bottles sit flat on a tabletop. In a Champagne bottle, it is also thought to facilitate the collection of yeast in the traditional production of Champagne or sparkling wine.

So have you noticed the pattern? How the names of the bottle styles reflect the different regions in Europe, where grapes were traditionally grown and particular wines are made. The examples above are the most popular bottles that we see here in Australia. The fact is, that there are hundreds of different bottle styles when you take into account profiles, colours, weights, and punt sizes. Keep an eye out when you are browsing next.

That enough about the bottles. I think it’s time we get back to the contents – and I trust you will join me to enjoy a glass of St Maur.